In this feature, Francis Hesketh, Director of Green Infrastructure at The Environment Partnership, shares some of the thinking behind the approach to harnessing Northern Roots’ green and blue infrastructure. Blue infrastructure refers to water elements, like rivers, ponds, wetlands and floodplains. Green infrastructure includes trees, grasslands, hedgerows and shrubs. 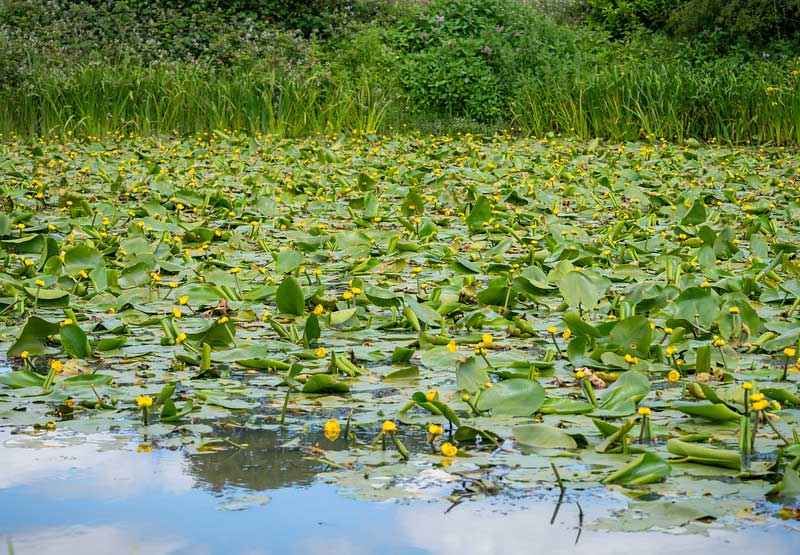 “When we were asked to produce a green and blue infrastructure strategy for the U.K.’s largest urban farm and eco park, we started exploring the words farm and urban to test their deeper meanings. At its heart a farm brings to mind images of productivity, community, nutrition and a long-term outlook.

So we thought, “what if these ideas can be brought into the way the landscape of an urban farm is managed. Could it be an energy farm, could it be a carbon farm or even a biodiversity farm?”

Once we started thinking that way, a world of possibilities opened up. It became easier to look on the site as a sleeping giant. The site is already part of Oldham’s green infrastructure but is not widely valued. Despite having attractive areas, many parts of the site have been damaged by fly tipping and antisocial behaviour which must deter people from exploring the site. There are numerous buried sewers and the site is not well connected to neighbouring residential areas.

So we started thinking about how this “farm” could produce more environmental goods for Oldham and its people.

Our philosophy was that the site should be considered as a renewable power station producing green energy. We engaged specialists in low and zero carbon energy and we looked at the energy profile for the site including the need for lighting, heating, cooling, power for the workshops and charging of electric vehicles. Some of these energy demands could be provided by roof mounted solar panels on the two main structures proposed for the site – a Visitor Centre and an Education Centre. Beyond this, could the landscape become a renewable energy farm?

Electricity can be generated from solar panels and possibly hydropower turbines. Heating can be produced from boilers burning biomass or woodland thinnings, and also from heat pumps which “concentrate” the heat contained in water, air or the ground to warm the air in buildings. Our studies confirmed that Northern Roots can meet its own energy demands by a combination of renewable sources coupled with a battery storage facility and excellent detailing of the built facilities.

Going even further, the site could generate surplus electricity which can be exported to the local grid to help fund the operation of Northern Roots. We may be able to sell surplus to the local community at below market rates, giving a win-win situation where local people and the urban farm benefit. 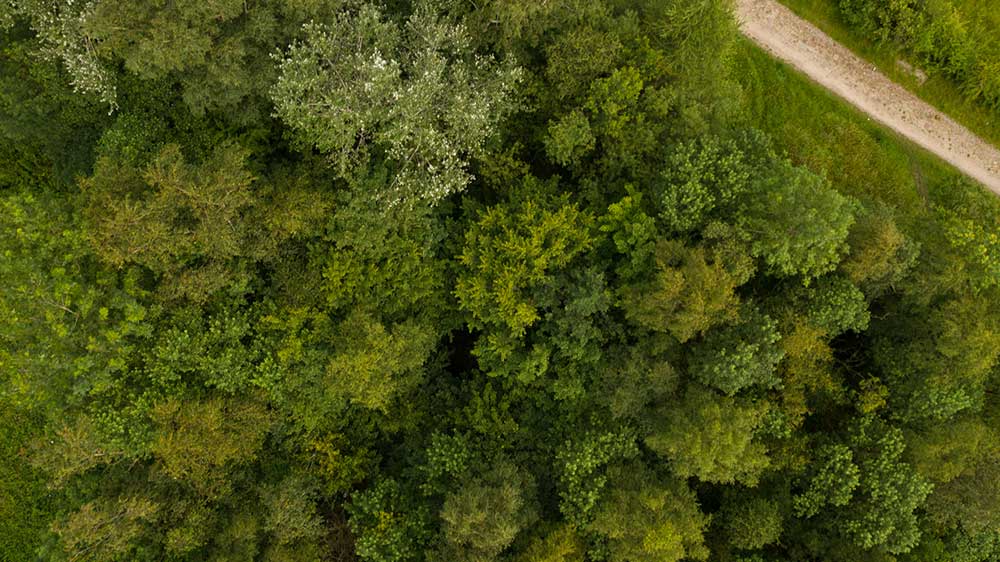 Everyone is talking about net zero but it’s important to bring such aspirational thinking down to earth and discover what that really means for an urban farm and eco park. Can we be a carbon farm? In other words, can we suck carbon dioxide out of the air and bury it in the soil and wrap it up in tree trunks?

We turned to experts to advise on carbon sequestration in soils, in grasslands and in woodlands. About 25 hectares of land on the Northern Roots site was subject to landfilling in the 1960s and 70s. Whilst the site has been restored and is safe for public use, if you tried to dig a hole in these areas, your spade would soon bang on layers of rubble. These areas have little topsoil and not much carbon is locked up.

This gives us a great opportunity to create carbon rich grasslands and woodlands. We can incorporate green waste compost into the existing thin topsoils. This will increase soil depth and create an environment for earthworms and soil-dwelling invertebrates to thrive and re-build healthy soils. We even calculated that if we imported green waste compost and seeded the areas with wildflower grasslands, we would increase the local population of earthworms by 86 million!

Most people know that trees lock up carbon in their roots, trunks and branches. The site is well wooded so our woodland management plan will ensure the woodlands stay healthy.

Unfortunately we cannot stop ash dieback disease which is advancing rapidly in Britain. As our ash trees die, their contribution to carbon sequestration will drop away. Good woodland management and restructuring is going to be vital to maximise the amount of carbon dioxide that the site’s woodlands can lock up in the crucial period between now and 2050.

Oldham Council has committed to carbon neutrality and Northern Roots wants to play its part – we can store an extra 20,000 tonnes of carbon by 2050, if we manage our land and soils with carbon in mind.

So carbon farming is like normal farming in reverse; nothing actually leaves the farm gate but a problem comes in and is turned into an asset that stays within the farm. Northern Roots can be paid to store carbon, generating a revenue source that can help sustain the project. 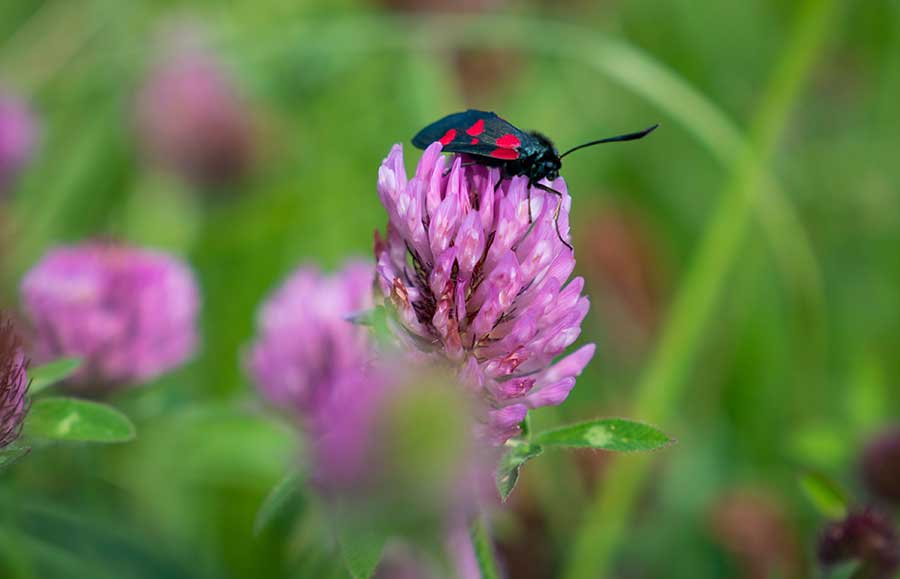 Biodiversity has been in decline across England for decades, but it’s also recognised that urban greenspaces are oases for nature. Natural England, the Government’s nature adviser, has recognised that the Medlock Valley is an important zone for nature recovery, so Northern Roots has a part to play. Ecological surveys reveal that the site is home to a broad array of wildlife – mammals, bats, birds, amphibians. But there is a lot we can do to increase biodiversity across the Northern Roots site, by enhancing existing habitat and creating completely new habitat.

In Greater Manchester the priorities are for more wetlands, woodlands and species-rich grasslands. Our ecological surveys found that there were opportunities to make the existing plantation woodlands on Northern Roots more wildlife friendly through management and restructuring. We also found opportunities to increase biodiversity through grassland enrichment and wetland creation. There is an area of unmanaged acid grassland with a small pond containing Sphagnum mosses, more commonly found on the Pennines. We hope to expand the wetland area so the Sphagnum can spread.

An exciting opportunity arises within the more formal landscapes we plan to create in and around the urban farm’s proposed Growing Zones. We can plant attractive hedges and ornamental gardens that diversify food sources for pollinating insects and create year-round visual interest to attract visitors and enthuse people about gardening and getting involved in their local green spaces.

The Environment Partnership has designed special mixes of ornamental and native plants, called “Pennines to Plains” that reflect the heritage and ecology of the Medlock and Mersey valleys, blending visual interest and biodiversity. Even the car parks and buildings can be biodiverse, by incorporating rain gardens and green walls.

Preserving and enhancing biodiversity is key to the development of the Northern Roots project. We calculated that Northern Roots can deliver a 25% increase in biodiversity on the site and in doing so, generate future revenue for the project through Biodiversity Net Gain payments. 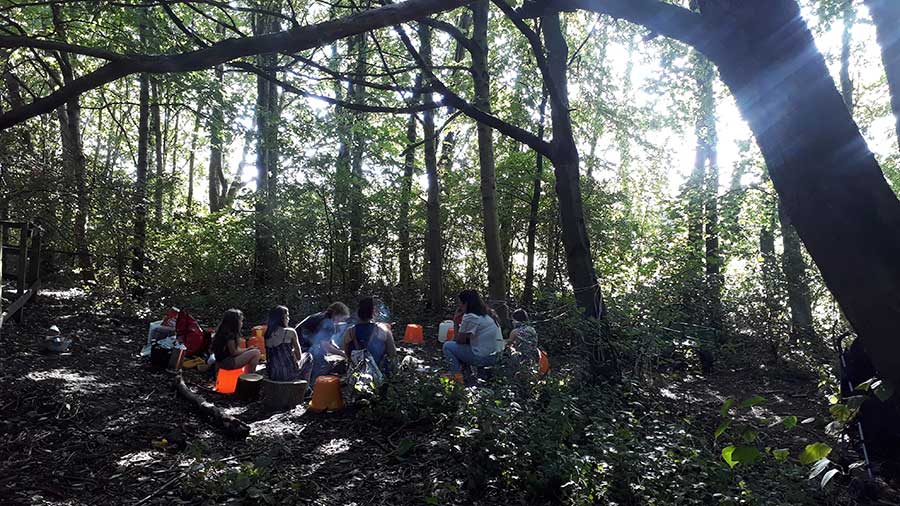 Northern Roots is a place where nature and people can both thrive. The site is big enough and interesting enough to allow for horticulture, sport, fun, events and restoration of nature. There are many challenges for sure, but by creating a community of mutual interests who will come together in the spirit of co-operation, nature and people will both benefit. And Oldham is the right place to do this, with its long history of radical and co-operative thinking!”

Francis Hesketh is an ecologist specialising in restoration of urban ecosystems. He is a founder of leading environmental consultancy TEP (The Environment Partnership) and has been championing sustainable development in the north west for decades. He has supported the community forests in reclamation of hundreds of hectares of closed landfills and has enabled major national developers to deliver “biodiversity net gain” as a core part of their housing and infrastructure projects. On being introduced to Northern Roots, he was “blown away by the scale of ambition and the vision to create something quite unique on a site with so much challenge and so many possibilities”

“Greater Manchester is having to radically rethink the place of the environment in our policy-making. We have an ambition to be carbon neutral by 2038. Northern Roots speaks to all of that; it’s a project of its time“

“Northern Roots has the potential to transform the way we think about urban green space, not just in Greater Manchester but globally“