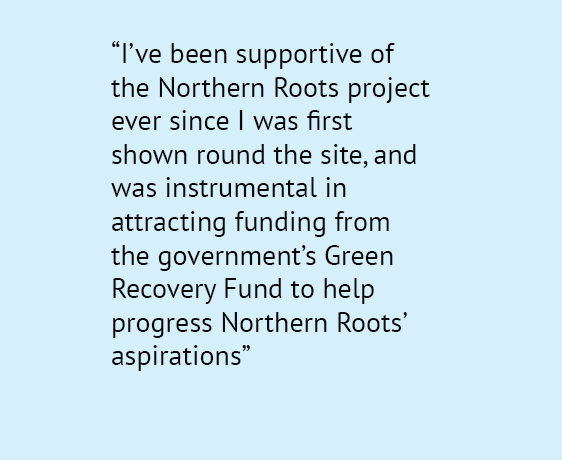 I’ve been supportive of the Northern Roots project ever since I was first shown round the site, and was instrumental in attracting funding from the government’s Green Recovery Fund to help progress Northern Roots’ aspirations’ Anne Selby

Anne recently retired as the CEO of the Wildlife Trust for Lancashire Manchester and Merseyside after 30 years at the helm. Her passion is for reconnecting people to nature and working on community based, local initiatives that cover health, food, green infrastructure, environmental education and volunteering.

In Greater Manchester, Anne chairs the Natural Capital Group (Local Nature Partnership) which champions environmental matters and reports into the Combined Authority via the Green City Region Partnership. Greater Manchester was selected as the ‘urban pioneer’ for DEFRA’s 25 Year Environment Strategy. Anne and the team at GM have been working with the DEFRA team to test new approaches.

A farmer’s daughter, Anne’s grew up on a modest mixed farm in North Yorkshire.